You may be wondering what on earth the link between a wonky carrot and a bottle of natural wine is, but bear with us.

The nation has fallen in love with wonky veg

We have seen food campaigners in recent years highlight the plight of the 795 million people who inhabit our little green planet, who don’t have enough to eat, whilst at the same time farmers are made to discard a curved cucumber because it doesn’t fit with the exacting aesthetic expectations of the supermarkets, who believe that consumers would reject it because aren’t all cucumbers straight and therefore a wonky one must clearly have issues?

But we all know this isn’t the case. A cucumber is a cucumber whether it can touch its own toes or whether it would make an Army drill sergeant weep with happiness at its straight back.

In fact, the vast majority of us weren’t even aware that anything else was on offer other than perfect veg, but thanks to the campaigns a few years ago which brought the issues of rejected wonky veg to the public conscious, we now know that between 20-40% of all veg that is grown in the UK is rejected because they don’t conform to social expectations – they’re the wrong colour, shape or size.

To put that into perspective, 7 million tonnes of food is discarded every year in the UK, enough to end the food poverty crisis the UK is currently experiencing.

The good news is that in light of these campaigns the supermarkets stepped up to the plate and began creating wonky veg boxes. Morrison’s reported an increase in shoppers purchasing wonky veg and both Sainsbury’s and Tesco have reported that they now include wonky veg in a variety of products they offer to customers, including recipe boxes, smoothies and soups.

So consumers clearly want produce that is naturally produced from the earth, regardless of how it looks. As long as it tastes great, what does it matter if it’s a carrot with two legs, or a supersized strawberry, or an apple with a few hardened brown spots on its skin? Because wonky veg isn’t the second rate, it isn’t the runner up prize, it is veg as it is supposed to be.

Which leads us onto the title of this article:

If you embrace wonky veg, why not embrace natural wine?

Natural wine is as pure as wine comes, in fact, it is the wonky veg of the wine world.

Natural wine is wine without any intervention; it is what our ancestors made and drank more than a millennia ago when they quite literally fermented grapes to drink the resulting liquid.

Natural wine is the original purple carrot, the carrot that existed before mass consumption, selective breeding and GMO.

Read our blog post and learn what you can expect from natural wine in general. 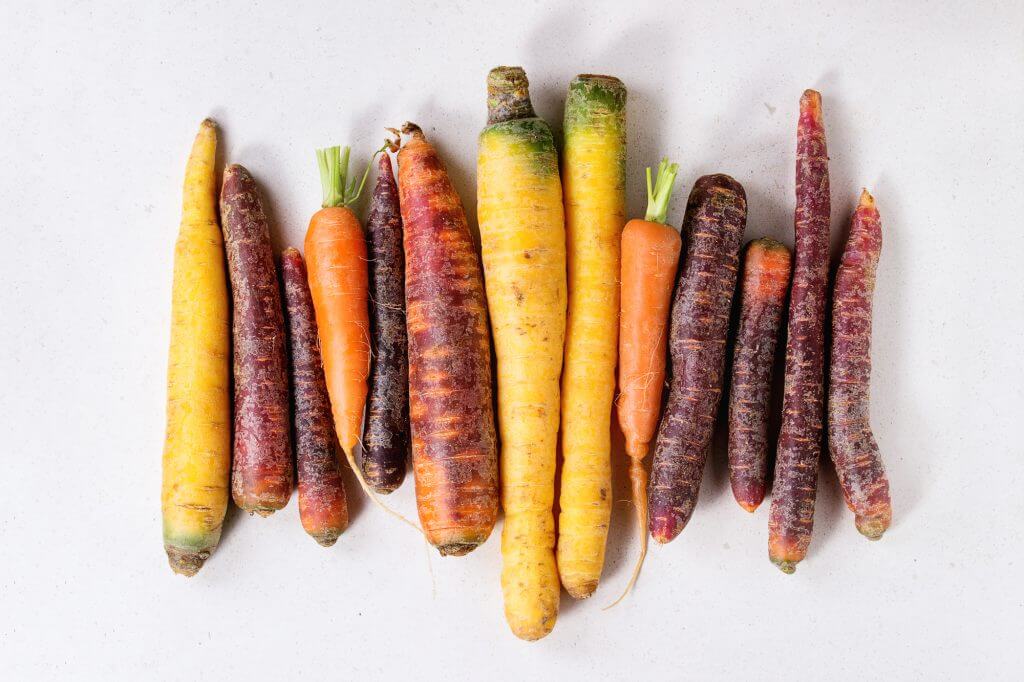 The difference is in the grapes.

The most obvious point of difference is in the key ingredient of wine: the grapes. Cheap, mass-produced wines can’t afford to be made with the pick of the crops, they have to be made with the cheapest, lowest quality grapes in order to maximise the wineries’ profits. But to cover up the fact the grapes taste disgusting, the winery has to add in a ton of sugar in wine to make it drinkable.

Natural wine has no added sugar. In fact, it has nothing to hide behind: no chemicals, no sweeteners, no sulphites, nothing. Natural wine relies on the high-quality grapes to do the talking for it – to imbue their incredible flavour into the resulting liquid nectar.

The way the grapes are grown.

The way that grapes are grown has a huge impact on the way wine tastes. Grapes grown for mass-produced wine can’t afford to have anything wrong with them, and to mitigate against any potential issues they are sprayed with pesticides, insecticides, herbicides and every other chemical that is fit for human consumption. These agrochemicals are designed to keep the crop in tip-top condition, much to the detriment of the flavour of the future wine.

Grapes that are made into natural wines will be organic and biodynamic. They are grapes grown with minimal intervention, but they will be the highest quality grapes, grapes that will have been lovingly tended to, watered, fed and nurtured to ensure they are the tastiest they can possibly be.

The harvesting of the grapes.

This may come as a surprise to some, but the way in which grapes are harvested also plays a role in the taste of the final wine.

Natural wines are made from grapes that are handpicked, selected because they’re the best of the bunch, ripe and ready to be transformed into wine. And furthermore, because the grapes are carefully handpicked, they don’t need any chemicals added to them to prevent them from oxidising.

How the wine is bottled

Mass-produced wines have to be filtered, because heaven forbid any sediment taint the wine glass of the future consumer, and they have to have sulphites added to prevent any further oxidation.

Natural wines, on the other hand, are unfiltered wines, unfined and have no added sulphites. Any sulphites they do contain are naturally occurring and in such low quantities, they don’t even count.

We should all be embracing natural wine

To be fair, we probably didn’t need to compare natural wine to wonky veg, we could have just done a simple comparison of natural wine versus mass-produced wine, but the effect wouldn’t have been quite so memorable.

So if you haven’t tried a bottle of natural wine, treat yourself, we will guarantee you’ll never pair your twin-legged purple carrots with anything else ever again.